Top Gear Every Woman Needs for a Tough World

Posted on September 6, 2018 by cassiaglass 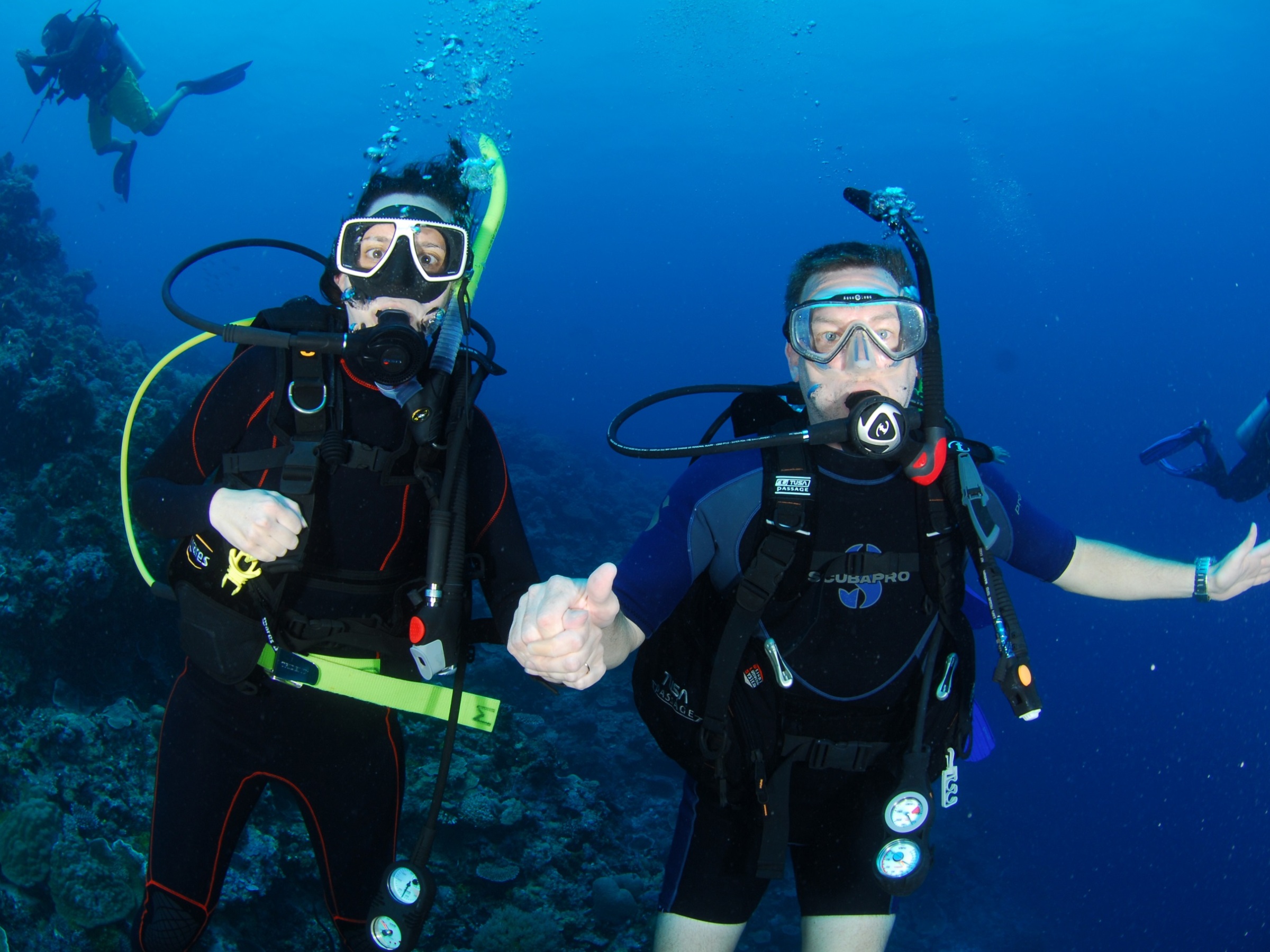 What’s it take to put on our “spiritual super suits” and be the wonder women that God created us to be? That’s what we’re talking about is this series of posts as we look at practical ways to live with purpose, lead with grace, and love with whole hearts. Tip number one? Go deeper with God’s Word than ever before.

It’s like the time I decided I’d had enough snorkeling and instead, learned to SCUBA dive. Don’t get me wrong. Snorkeling’s great. You float along the surface, feeling nice and safe while you watch the fishy world swim by your face mask.

However, when my family moved to southeast Asia for three years, I began to meet friends who did a lot more than snorkel. They shared pictures and told tales straight out of Finding Nemo. (I’m looking at you, John and Kathleen.) Just like that, nice and safe gave way to a desire to go deeper. We were living near some of the most ancient coral reefs in the world, and I knew I’d regret not seeing them up close. Especially since McLeod upped the ante by getting certified first. I might have gotten a little competitive.

You can’t go deep, though, without a serious upgrade in gear and training, and my dive instructor took his job seriously. He made me work hard in the pool. Then, he certified me on the cold, rocky, north coast of Taiwan.

His philosophy was if I could train there, I could dive anywhere. He wanted to make sure I understood it would feel more like I’d plunged into a crazed washing machine than a tropical paradise, but that was the point. All the lessons and  diligent practice in the pool had helped me be comfortable with my gear and with him so I’d now be alert to instructions in the face of malevolent currents, boat traffic, and swimming-things-with-teeth.

However, I’m embarrassed to admit I nearly lost my nerve on certification day, and not from the cold, frothy, beast water for which I’d prepped. I almost chickened out because of one thing I never imagined would be an issue: my stomach-knotting, heart-racing dislike of heights. Who knew I’d have to go up to go down?

Standing on an outcropping perhaps six or eight feet above the sea, weighed down with all my gear, I was in a full out balk. No way was I going to simply step off what felt like a cliff, no matter what my teacher said. Then, I realized he was saying the kinds of things I’d say to my kids if they were afraid to try something new: “It will be fun! We’ll go together.” After a few minutes, my fear of humiliating myself overcame my fear of heights. I decided to trust my gear, training, and teacher, and I stepped off the edge.

Underwater, my senses awoke to a world teeming with life. As I began to focus, I also noticed something I’d never paid much attention to while top side: I became acutely aware of my breathing. My air tank was keeping me alive. I wasn’t afraid, but I realized like never before what it meant to have oxygen flowing into my lungs.

That grateful awareness of what it means to breathe is why a verse like II Timothy 3:16-17 means so much when it comes to diving deep into the life Christ has called us to live:

All Scripture is God-breathed and useful for teaching, rebuking, correcting and training in righteousness, so that the servant of God may be thoroughly equipped for every good work.

God’s Word is not just a collection of nice sayings and stories. Through His Holy Spirit, God gave us part of Himself. He breathed His life-giving word into the minds of the writers He chose so that it would be like oxygen to us as we navigate lives that while full of adventures, are also full of hard and scary things. It’s the top gear we need in this tough world.

So how do we get that oxygen tank of God’s Word into our lives where it can sustain us? Three ways have worked for me:

Read it: Consume God’s Word at every chance. Mark up your Bible while you read, and check the cross-references. Savor small bits and soak up big passages. Read it from your Smartphone in several versions, from your kids’ illustrated Bible, from your grandma’s old King James. Read your own copied down portions. You’ll soon discover these God-breathed words were not meant to be treated like a dry text book or even someone else’s monologue. Because God, the author of the Word, desires to wield its life-giving truth within us  (see ‭‭Ephesians‬ ‭6:17‬), we have open access to dialogue with Him as we read. So mull it over and ask Him what He means.

Hear it: Jesus said to His followers, “He who has ears, let him hear” (Luke 8:8). The Bible was not meant only to be read on a page—in fact, until mass-produced copies of the Bible became available, many people only heard the Word read to them. I find it helpful, then, not only to read the Bible to myself but also to listen to others read it to me–again, a Bible app that includes audio versions makes this easy. I’m a firm believer in personally saying God’s word out loud, too, so I can hear myself speak boldly and bravely. Sometimes wonder women need to remind themselves and everybody else what they believe! Remember, too, that God spoke creation into being, and we take part in the creative nature of God when we speak truth to ourselves and our circumstances.

Interact with it: God wants His word to stick with us, and getting active with it helps. It’s good to make a physical connection with spiritual truth. Listen to inspired praise music in your favorite genre while you work out. Run or walk while memorizing passages—I’ll never forget the sweetness of memorizing words about God’s path of life for me while walking the path near my house. Sing His words. Hand-letter and color them. Go interact with other people over it. We are built for relationships. When we talk about what God’s teaching us, we truly begin fulfilling the second half of 2 Timothy 3:16-17, “teaching, rebuking, correcting and training in righteousness, so that the servant of God may be thoroughly equipped for every good work.”

And being equipped with God’s good gear? That’s going to mean the difference between just bobbing along on the surface of God’s plans and diving into the adventure He has for each of us.

← Where’s Your Super Suit? Check These Places First
5 Ways to Fire Up Your Prayer Life →