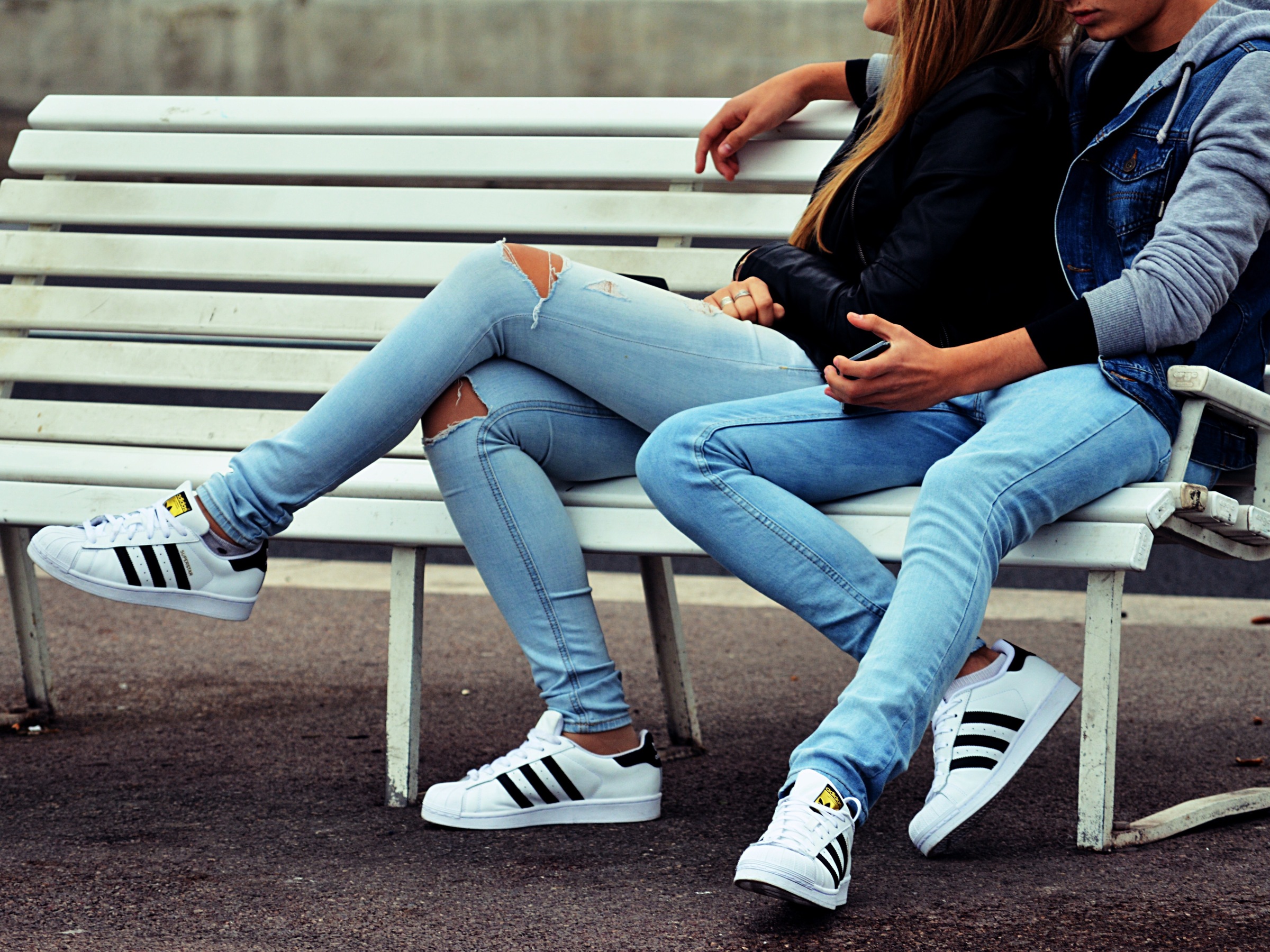 I’m a tad old-fashioned, I admit. I love it when McLeod fills up my car or brings me flowers. I sparkle at being romanced and pampered.

But you know what I love even more than my husband’s gentlemanly manners? That he cares about what I think and what I’m working on and that he esteems me both as a woman and as an equal recipient of God’s promises.His support defines the word encouragement: filling me with courage to see myself as a valiant daughter of the King so that I act accordingly.

I feel like we’re working hard, too, to raise a son who will also honor and encourage the women around him, but here’s something else I have to admit: when it comes to certain topics like healthy sexuality, avoiding pornography, and setting standards for dating behavior, I’ve been less than courageous in speaking out.

I’ve deferred to McLeod and other godly men in my son’s life to do the talking. That’s not bad, per se, but it is one-sided. I’ve now come to realize that since I am still the primary female voice in his life, I need to weigh in on such matters.

Just because my son now looks more like a man than a boy doesn’t mean my voice has become obsolete. As a godly woman, I bring wisdom and perspective that he needs more than ever.My inspiration lately? The Bible tells of a wise, bold mama who made sure her son had solid truth, not only about the value of women as more than sexual objects or conquests but about using his power to promote justice for those who were marginalized.

She is the wise mother of King Lemuel in Proverbs 31.

Now if the mention of Proverbs 31 reminds you of verses like “A wife of noble character, who can find?” or “She is like the merchant ships, bringing her food from afar,” you would be correct. They are from one portion, verses 10-31, that form a Hebrew alphabet acrostic detailing some qualities of a noble or valiant wife. However, the acrostic teaching tool—again, think about a memory device such as “A is for Active, B is for Bold,” etc—is only part of the larger passage and is NOT being addressed here to a female-only audience as a list of prescribed roles and responsibilities. Rather, it’s part of a larger lesson plan from mother to son to change his thinking in some key areas.

Proverbs 31 is “the sayings of King Lemuel—an inspired utterance his mother taught him,” which he preserves in her own words right down to her bold call of “Listen, my son!” She wants the young king to hear her loud and clear about four areas where he must develop wisdom:

A responsible attitude toward sex: “Do not spend your strength on women, your vigor on those who ruin kings” (v3). In other words, no casual hookups, prostitution, or otherwise using others to satisfy his lust. She will teach him a better way to relate to women, but she starts with frank truth-telling like only a mama can. After all, if Mom won’t tell you, who will? So I’m going to be braver about discussing with my son why women don’t exist as mere pleasure objects for men, whether in real life or digital life.

An understanding of how alcohol and other substances affect judgment: “It is not for kings, Lemuel—it is not for kings to drink wine, not for rulers to crave beer, lest they drink and forget what has been decreed, and deprive all the oppressed of their rights” (4-5). Alcohol in some measure was a part of ancient life, and in fact, verses 6-7 speak of its properties as a pain killer. The point here is not a ban on all alcohol. However, Lemuel’s mom paints an image of someone in power who craves and indulges, clouding his judgment through substance use and putting others at risk. My son may not be about to rule a kingdom, but his behavior will impact others. As a newly licensed driver, he’s heard the drinking and driving speech, but with only two years until college, he also needs to hear that frat party drunkenness is often a factor in campus rapes and assaults. He needs me to challenge him to be a force for change so that the heartaches of #MeToo can be redeemed.

An appreciation for his power and influence to fight against injustice: “Speak up for those who cannot speak for themselves, for the rights of all who are destitute. Speak up and judge fairly; defend the rights of the poor and needy” (8-9). At a time when kings could use their positions to amass power, wealth, and a harem full of women, Lemuel’s mom challenges him to embrace a different role: champion for the voiceless, the poor, the disenfranchised, the needy. In fact, she leverages her own place and power as mom to the king to lobby on behalf of others. She uses her voice to stand up for what is right, and she goes right to the top where she can effect change. My son will have opportunities to wield influence, and he needs to see and hear me being a champion for others.

A recognition of women as wise, brave, valuable people who impact the community: “A wife of noble character who can find? She is worth far more than rubies. Her husband has full confidence in her and lacks nothing of value. She brings him good, not harm, all the days of her life” (10-12). Where can such a woman be found? Lemuel is staring right at a flesh-and-blood model. And this noble, brave, strong woman offers him an alternative to viewing women as merely sexual conquests, pretty trophies, or baby factories. She teaches him a memorable poem about how wise, godly women impact their families, work places, and communities. She is not giving him a laundry-list for wife shopping so much as opening his eyes to the trajectory of a wise, godly woman of character as she learns and grows throughout her lifetime.

She is teaching him, too, that it is right and good for the husband of this wise, godly woman to esteem her for a life well-lived (29). But a husband’s approval, indeed any man’s approval, is not the final say on whether a woman has value or not—after all, plenty of wise, godly women then and now are not or are no longer married. That is the power of the final sentences in this wise mother’s lessons to her son:

“Charm is deceptive and beauty is fleeting; but a woman who fears the Lord is to be praised. Honor her for all that her hands have done, and let her works bring her praise at the city gate” (30-31).

She ends her words commanding honor for wise, godly women, not just because of what they do, but because of Whose they are. My son needs to know that daughters of the King deserve to be treated accordingly, and as Lemuel’s mom demonstrates, our God-honoring, wise voices are worthy of being heard.

We are needed more than ever, and where we have influence as natural or spiritual mothers, let’s be braver and bolder than ever. I want to know that I worked hard to raise a son who esteems women. At the end of the day, knowing we have impacted our sons with our wisdom will be a legacy that gives us great joy.

Photo by Loic Djim on Unsplash.