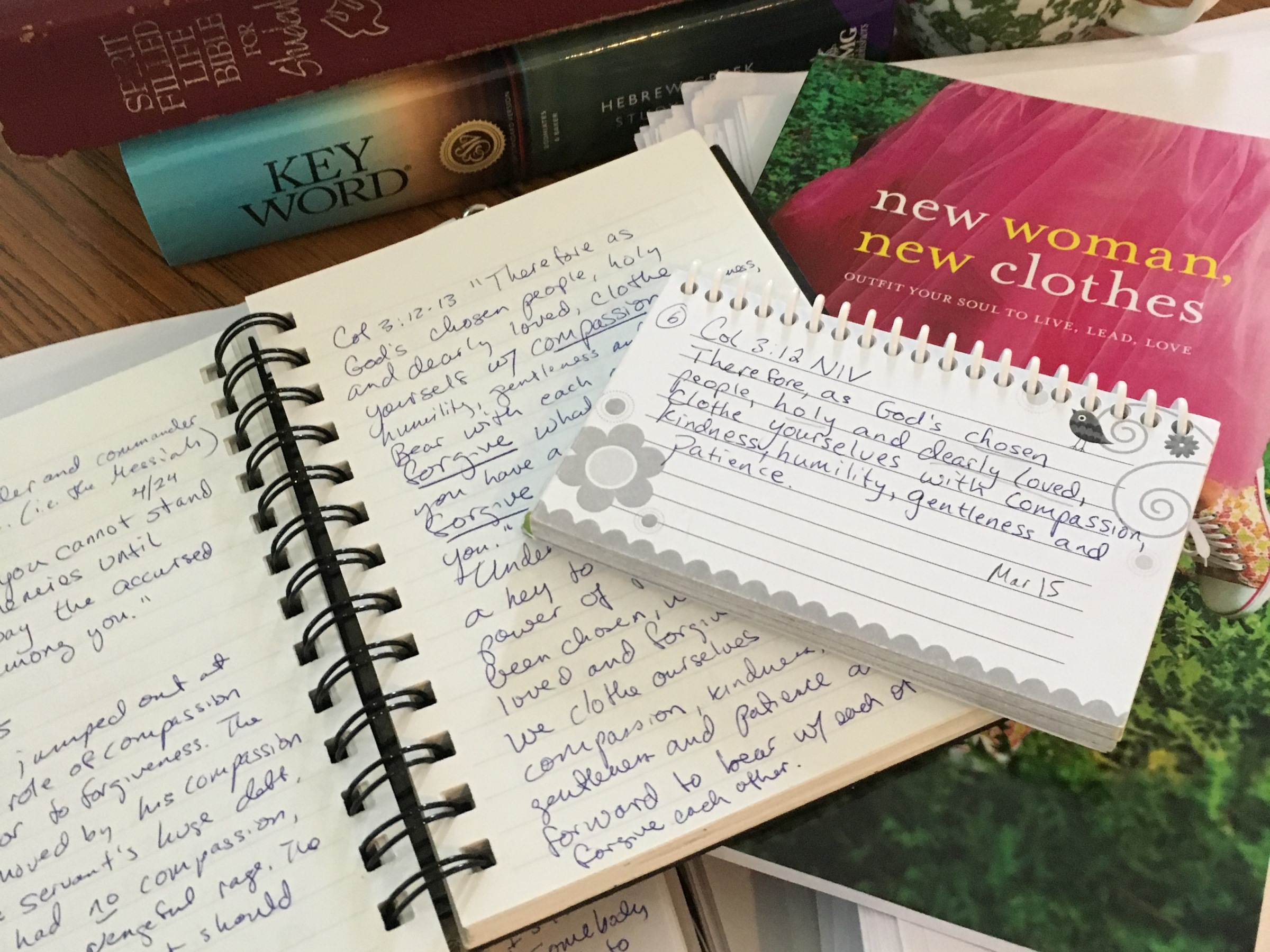 This week, there’s more from a series I wrote several years ago about the value of persevering to get to a promised outcome. Last week, we looked at the need to reclaim old territory in our lives (including dealing with “dirt” in our wells) before we can move ahead with God-given dreams. Today, we’ll take a look at the need to push through obstacles to get to our “something new.” For me, what started as a challenge on March 15, 2013, to memorize and apply Colossians 3:12-14 to my relationships grew into a dream to write about what I was learning. Then came the tough work of pushing through setbacks and self-doubt to write, share, rewrite, edit, and finally release my first book, New Woman, New Clothes: Outfit Your Soul to Live, Lead, Love four years later. What’s your “something new,” that dream you’re pursuing?  Take courage from Isaac’s well-digging journey in Genesis 26 and keep on digging!

“This is just not working out.”

“I’m sorry to tell you this, but we don’t think you’re a good fit.”

Ugh. I hate those “let down” lines. They are harsh when we thought we were moving ahead on a great adventure or relationship, only to find a door slamming in our faces. They are doubly harsh when we truly believed we were on the path God had for us and then find the path disappearing beneath our feet.

Isaac, our well-digging friend from last week, was in the same situation in Genesis 26. After he moved to a new section of the country, hoping to avoid more conflict, his workers were still constantly fighting over water rights as they re-opened Abraham’s old wells.

I’m reading between the lines a bit, but it sounds like at some point Isaac ran out of Dad’s old wells to unplug and had just had ENOUGH conflict. He headed out to find new water altogether. His men dug a new well, but surprise, the Philistines started to fight with them over that one, too. And the next one. Isaac even started naming the wells things like Quarrel (“Esek”) and Accusation (“Sitnah”). There’s a kind of bitter humor here. And frankly, I like that he named them like that.

Because when we are trying to move forward and nothing seems to be working out, it helps to call things what they truly are.

That perfect job that turned out to be a disaster? Call that one “Disappointment.”

That hurt that’s so deep you can barely breathe when you remember it, there’s a name for that, too. It’s OK to look at it, acknowledge it, name it. But there’s another step we must be brave enough to take:

We must move forward. We cannot stay camped out in pain and disappointment forever, or we will wither away.

Isaac didn’t stay camped out at Quarrel and Accusation either. Likely he was motivated by practicalities, i.e. the need for water as he reclaimed his inheritance, but perhaps he was also driven to create something new, something all his own. Either way, he kept on searching and digging. And this next well was different.

Finally, he found water in a spot where no one was fighting. He had room to live and breathe, and he called that well  Spaciousness (“Rehoboth”). He was able to water his flocks, and yes, maybe stop with all the digging, for crying out loud.

Even so, that well was not the final stop on the journey or the final reward. Genesis 26:23-24 says that Isaac moved on from that spot to a place called Beersheba where he found something far greater than water:

And the Lord appeared to him the same night and said, “I am the God of your father Abraham; do not fear, for I am with you. I will bless you and multiply your descendants for My servant Abraham’s sake.”

God showed up big. He reconfirmed the oath He’d made, everything He had promised. But there was more:

He rewarded Isaac’s perseverance, all that searching and well-digging, with a revelation of Himself.

And Isaac’s response? Isaac built an altar, had a peace ceremony with the Philistines, and yep, dug one more well. Isaac called this one The Oath (“Shebah”), and while it may have been to mark the peace ceremony, I can’t help but believe it marked a spiritual reality. Isaac had his inheritance, not because he had second-hand knowledge that he’d someday be the heir, not because it came easy or just fell into his lap, but because he kept searching and digging until he met the One Who keeps His promises. The One Who is the antidote to fear and the well-spring of eternal blessing.

If that’s the what, or the Who, that’s really out there at the end of all the days of digging, of searching for our “something new,” then maybe you and I can keep digging just a little bit longer, too.

Father, I take my stand in the name of Jesus, the One who is mightier than Abraham, Moses, and David, all of whom You loved and called friends. My Jesus has completed Your promises—they all have their “Yes” in Him. Open the wells of my heart, open my faith-eyes to see and know the hope of Your calling, the rich inheritance in the saints, and the exceeding greatness of Your power toward believers. All things are under your power, Lord Jesus, and they are mine to inherit.

(Reposted from original site with permission.)